Welcome to House of the Dragon MVP, our series highlighting each episode’s Most Valuable Player in the game before the Game of Thrones.

The game of thrones as played in House of the Dragon is basically dragon tennis. The smaller daily battles that recruit allies, collect secrets, and establish perceived dominance are the games. The big moments that pit those created factions against each other are the sets. And if a player is very, very lucky and good at what they do, those collected victories add up to winning the match and getting a prize: the Iron Throne.

That’s what makes naming a Most Valuable Player each week for House of the Dragon so fun. Every episode is a different game, and it wasn’t until episode 7 “Driftmark” that those games culminated with a set-ending showdown in favor of this week’s MVP, Princess Rhaenyra, played by Emma D’Arcy.

The last time Rhaenyra won MVP she was played by Milly Alcock and it was for knocking her uncle Prince Daemon down a peg and retrieving a dragon egg. She’s grown so much since then, and the stakes for her are substantially higher going into Laena Velaryon’s funeral on Driftmark. Daemon is newly widowed, Rhaenyra’s children’s rivalry with their princely uncles is heating up (literally), and her father King Viserys’ failing health raises the question of succession once more, despite her unofficial royal motto of “we don’t talk about Harwin.”

‘House of the Dragon’ episode 7: We need to talk about that WTF ending

Meanwhile, Queen Alicent is at her wit’s end with the constant gaslighting, especially since the acceptance of Rhaenyra’s bastard sons puts her own childrens’ lives in danger. Resolving the issues between Rhaenyra and Alicent should fall to King Viserys, but the king was, is, and will probably be forever uninterested in managing the consequences of his actions. Instead of doing what it takes to actually suture his family together, he lives under the enforced delusion that everything is fine.

Then a bunch of children get into a knife fight over a dragon and little Lucerys takes a blade to his uncle Aemond’s eye. Which is to say, everything is not fine.

Featured Video For You

The incident with Aemond’s eye shatters the thin peace that King Viserys cultivated instead of fighting for an honest and united family. It’s Rhaenyra who steps up to finally course correct on her father’s behalf. She charges Alicent’s sons with treason for daring to question her children’s parentage, forcing Alicent to put up or shut up with her correct, but destabilizing accusations.

It’s a risky gambit that pays off, as the court witnesses the lie morph into a legal and dangerous “truth” before their eyes. That Alicent runs at Rhaenyra with a knife and ruins her credibility in front of everyone important in her life is just icing on the cake. The set point goes to Rhaenyra and she wastes no time getting ready for the next game. 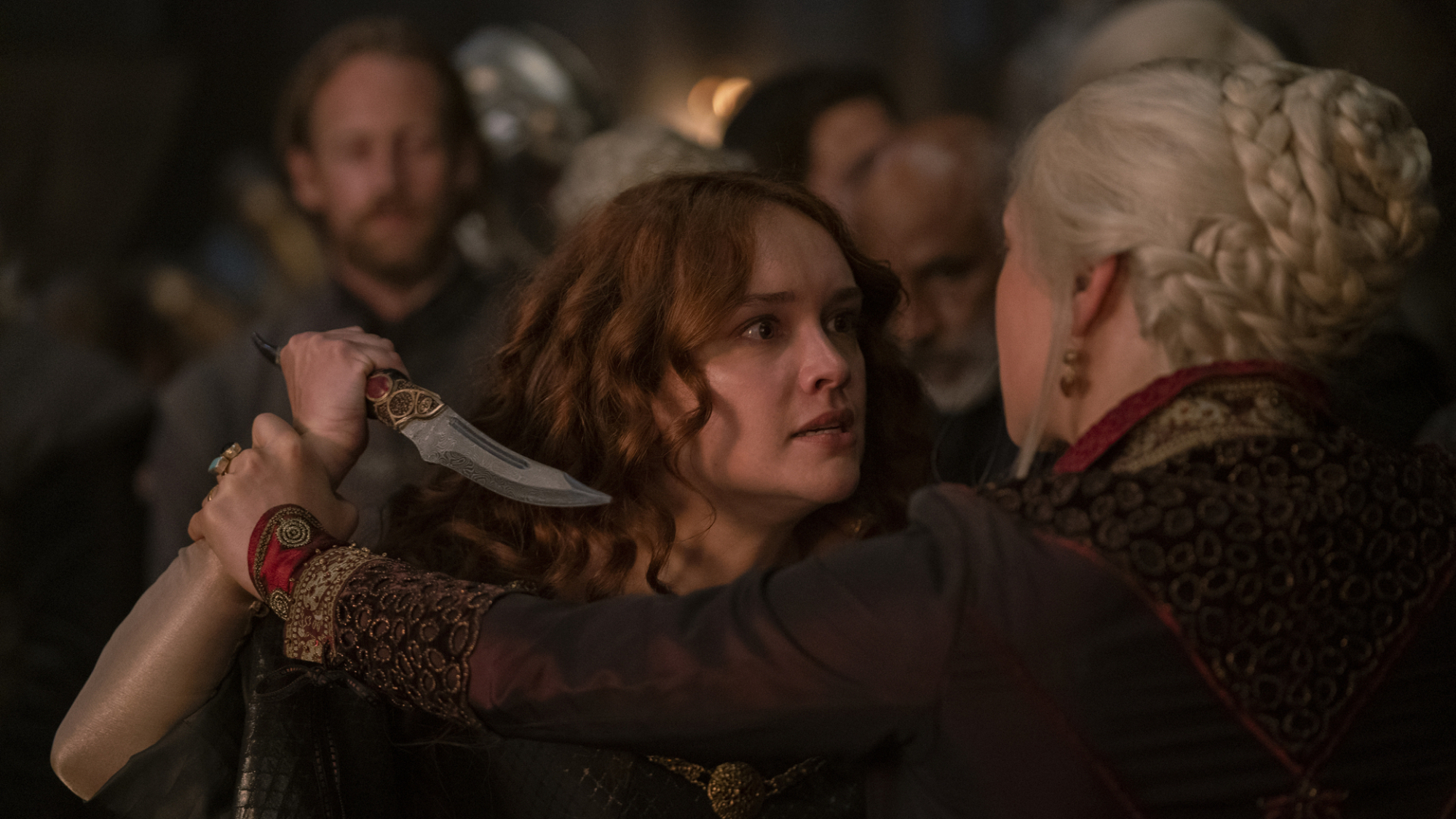 This time, Laenor is out and Daemon is in, and Rhaenyra accomplishes this with a charmingly merciful exit for Laenor (why bury your gays when you can put them on a boat?) and a bloody Valyrian wedding ceremony witnessed by her close family. It’s a solid opening serve from the Blacks. Now the Greens have only to respond.

New House of the Dragon episodes are available every Sunday on HBO and HBO Max.(opens in a new tab)

‘Is that Black Sufficient for You’ A Tour de Drive Historical past of Black...

Keanu Reeves is Now in Talks To Be part of The JOHN WICK Spinoff...

Federal Reserve to gradual rate of interest rises because it tackles...