Polymetal is working to redomicile from Jersey to somewhere deemed more friendly by Moscow as a first step towards separating the Anglo-Russian miner’s assets, its chief executive has said.

The company’s efforts are widely seen as a bellwether for foreign-based owners to restructure their Russian operations without taking significant losses on divesting them — a common issue for companies since the invasion of Ukraine.

In his first interview since Russia invaded in February, Vitaly Nesis said he was “hopeful” of a restructure, estimating its likelihood at “more than 50 per cent but less than 100 per cent”.

Until recently a FTSE 100 company and one of the most profitable gold miners in the world, Polymetal has become emblematic of the difficulties of navigating mounting sanctions against Russia despite not being directly targeted itself.

The group has eight gold and silver mines in Russia and two in Kazakhstan, with its management headquarters in St Petersburg. Its main holding company is incorporated in Cyprus, which in turn is owned by a Jersey-domiciled entity that is listed on the London Stock Exchange.

Polymetal wants to split its assets to insulate the non-Russian business from the affects of western sanctions but Moscow has banned asset sales for gold miners domiciled in “unfriendly” places such as the Channel island.

The company, which is also listed in Moscow, has battled on in its quest to separate into two as the western response to the war has made it harder to perform normal business functions.

Polymetal last week lost two board directors, Riccardo Orcel and Giacomo Baizini. Nesis said their departure was linked to “the sanctions risk that impacted both their professional and personal lives”. There are reports the EU will ban Europeans from serving on the boards of Russian state companies, even though Polymetal is privately held.

Orcel, who spent only six months on the board, said he was leaving because his role was “now complete”, having helped establish a process to divest its Russian assets.

Sanctions against Russia led six Polymetal board members to quit in March and its auditor Deloitte to resign in April.

Polymetal and several other Russia-linked companies were ejected from the FTSE 100 in March. Its shares have dropped more than 80 per cent this year.

Many international companies have chosen to dispose of their Russian assets to avoid the legal tangle presented by sanctions — often accepting fire-sale prices in the process.

Canada’s Kinross Gold sold its Russian assets for $680mn in March — even though analysts had valued its mines at $1.6bn before the war. Société Générale took a €3.1bn hit when it sold its Russian lender Rosbank to oligarch Vladimir Potanin in April.

However, Nesis said Polymetal would not take that approach.

“If you ask me, I believe a disposal of the Russian assets to a third-party buyer is not on the table right now,” he said. “We received very vocal feedback from our investors that now is not the time to sell. The prices are very discounted.”

Instead, Polymetal will take steps to separate its assets in Russia and outside Russia, creating two listed companies.

The first step in the process is to re-establish the rights of shareholders whose shares are frozen in Russia’s National Settlement Depository, which accounts for 22 per cent of the company’s shares. Polymetal is proposing to offer “certificated” shares to affected investors. All shareholders will vote on that proposal next week. 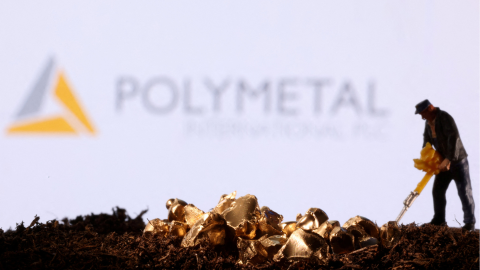 Polymetal is taking steps to change its domicile from Jersey to a location deemed more friendly by Russia. After the redomicile happens, “we believe all significant blocks towards the separation of the company along the jurisdictional lines will be removed, and we will reach our final destination”, Nesis said. “This is the game plan.”

The sanctions on Russia are hitting Polymetal’s ability to obtain mining equipment and made it difficult for the company to sell gold. The G7 has banned imports of Russian gold, and EU sanctions forbid selling gold to the Russian central bank.

“We have gone through a very rough, very difficult period of time,” said Nesis, referring to gold sales.

Polymetal had to create a “full-powered sales team, from scratch”, he said. “We have restarted all of our sales, two to three weeks ago,” he said.

The company aims to sell its gold inventory by the end of the year, he added, mostly to buyers in Asia.

During the first half of 2022, Polymetal reported a net loss of $321mn, compared with a profit of $419mn during the same period a year prior, because of higher costs and difficulties in selling its gold.

Without access to western mining equipment, the company is switching to Chinese alternatives in most cases. While some machinery can be substituted relatively easily, underground equipment, for example drill rigs, is much harder to replace, Nesis said.

The company’s biggest shareholder is a company connected to its founder Alexander Nesis, the brother of the chief executive.

Hakeem Jeffries elected chief of Democrats in Home of Representatives

Evaluation: Billionaire comedy ‘Loot’ with Maya Rudolph is so cash

worldnews.vip - June 25, 2022
Get the best content from around the world in one site news, music fashion and entertainment.
Contact us: admin@worldnews.vip

Powell says that charges will rise extra and stay excessive ‘for...

What to Put on in Tokyo: Packing Information for a Journey...