In a flagrant effort to try to keep up with the young ones, I have spent the past weeks experimenting with the social media platform BeReal. But what, ask those who aren’t rolling their eyes in my direction, is BeReal? It’s a social media app billed as the anti-Instagram, developed in 2020 by two Frenchmen, Alexis Barreyat and Kevin Perreau, which has been enjoying a surge of interest in recent months.

The app is basically a sharing platform where, following a daily alert, users must take a selfie on their phone within two minutes. The app then utilises the camera’s double-facing function so that the resulting selfie is set into a broader portrait of what you’re doing at the time. Part game, part scrapbook, part communication tool, the app has been downloaded more than 28mn times and now has more than 15mn daily users, of whom the vast majority are described as being from Gen Z.

This spring, the platform raised funding of $30mn, at a valuation reported to be around $600mn, comparatively small in the scheme of things. BeReal’s growth has rattled the millennial Instagram, however, and the Meta-owned photo-sharing app has launched a similar two-way functionality in an attempt to snatch back market share.

BeReal isn’t clever. And it ain’t no public relations tool. It won’t help you become famous, nor make money, nor “grow your brand”. In my experience, the alert inevitably goes off when I’m watching television or unloading the dishwasher. It’s also universally unflattering, with pictures that turn out hideously au naturel. But this is the key to BeReal’s somewhat evangelical purpose: it wants us to embrace the very average lives we lead. Instead of being “curated”, BeReal wants us to illuminate the beauty in the banal.

Or something like that. BeReal has positioned itself as the touchy-feely younger cousin to its relatives at naughty, nasty Meta. Unlike Insta, with its highlight reels and pretty filters, BeReal is supposed to reflect our true, authentic selves. Naturally, you can rig it. You can post after the deadline from more exciting pastures and you can retake the shot if, say, the double-chin, neon-lighting situation makes you look 9,000 years old. However, cheating is discouraged: the photo reveals how many retakes you did before you uploaded, as well as how long after the call time you actually posted.

For many, BeReal will be about as appealing as yesterday’s porridge, not to mention stupid. But there’s a certain charm in participating in something instant that doesn’t trap you in the mire of constant scroll. There’s also much to be said for communicating with people you might actually call friends. We’ve become so accustomed to following strangers and being passive drifters in a sea of influencers that it’s quite gratifying to be reminded that one’s world is really pretty small.

And it’s arguably less pernicious, to the extent that unfiltered activity on any sharing app can be. BeReal is as susceptible to misuse as any, but its efforts to place transparency before obfuscation and acquisition (you can only follow people who consent to your “invite”) makes it seem a more benign presence in the toxic soup of online social life.

I got it because my daughter has it and I wanted to seem relevant. I don’t want to age out on my social media applications like some old dear on Facebook, but I enjoy messing with those analytics that insist on defining every web tool with some interminable discussion about generational trends. (Side note: I’m not quite sure at what point people started obsessively self-defining as being part of a “generation”, but it’s among one of the weirder and more annoying phenomena of the modern age.)

I also find it amusing to be reduced to the general plod of life rather than its highlights — a welcome palate-cleanser in a grossly curated world. So far, the biggest challenge has been in finding others with whom I might share my authentic self. Being so geriatric compared with the majority of users, I can count on one hand the number of people on the platform I could legitimately describe as friends.

My daughter spurned me, arguing that it would infringe her right to privacy, and so I befriended some of her more charitable pals with whom I swap pictures of my laptop in exchange for pictures of their antics during school. Hardly edifying. 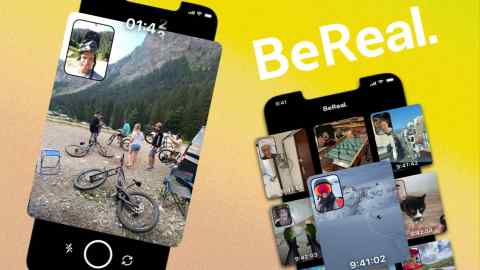 But I have been quite charmed by BeReal’s depictions of modern life: it’s reassuring to discover that my glamorous friend Jess is always working, and that Adam rarely leaves his flat. Sometimes I get a twinge of Fomo when it seems that everyone is at a party, but more usually they’re standing on dreary high streets or eyeing up cheese shops. And while the unvarnished portraits are more likely to send me to the surgeon’s chair, there’s an intimacy about this coming together to share a mutual moment that makes me feel genuinely warm. It’s boring, banal and totally bemusing, and that’s precisely why I’m sticking with BeReal.

US citizen killed in Iranian assault in northern Iraq

Trump ought to announce run for 2024 quickly to keep away from indictment, supply...

worldnews.vip - June 25, 2022
Get the best content from around the world in one site news, music fashion and entertainment.
Contact us: admin@worldnews.vip

Brush Up On Your Ninja Abilities With New TEENAGE MUTANT NINJA...