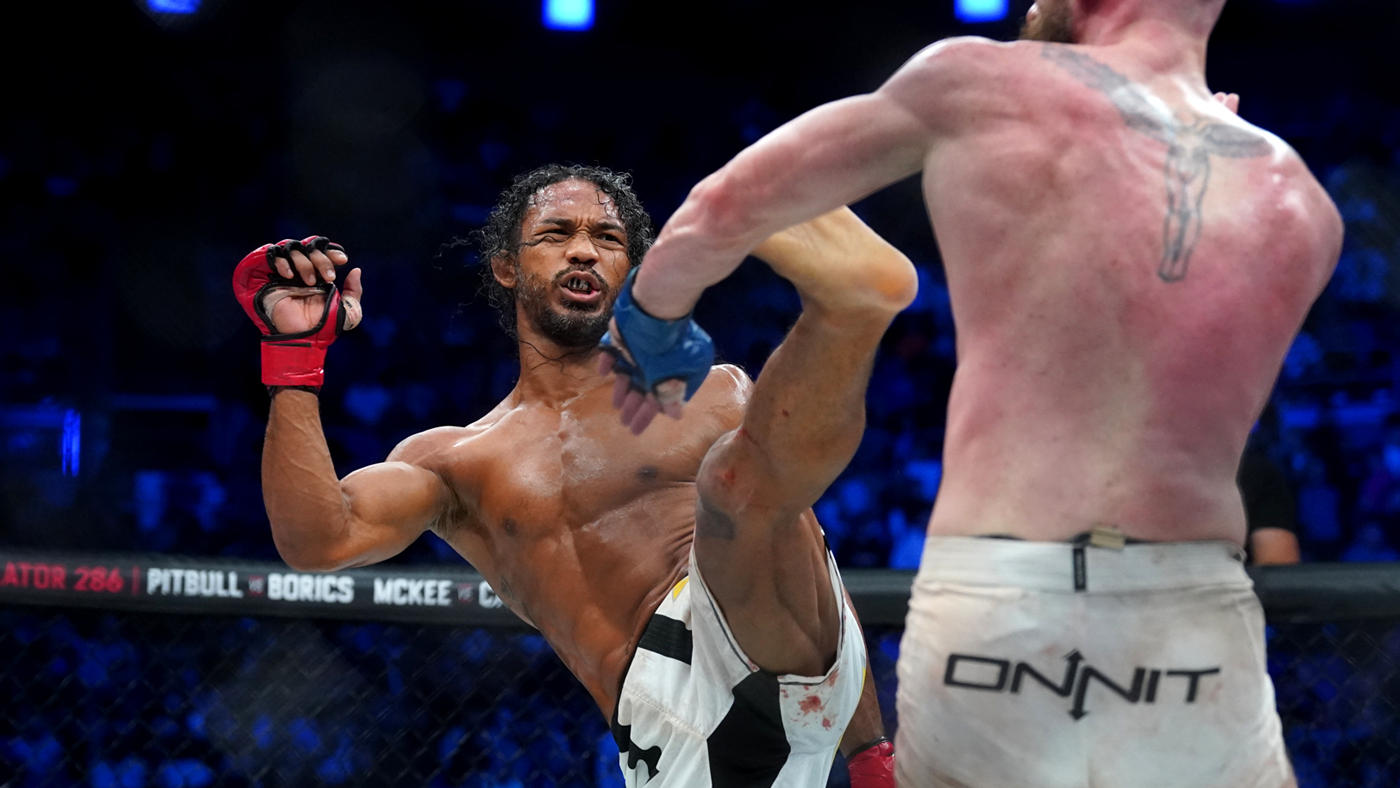 Queally opened the fight looking to apply significant pressure on the feet. Despite Queally’s aggression, Henderson avoided the majority of the incoming fire and took over the fight through heavy leg kicks and cage control established via a body lock. Queally was left with a small cut high on the right side of his head as Henderson worked him over along the side of the cage.

The leg kicks that had been so effective for Henderson in the opening round backfired early in the second frame when he struck Queally hard to the groin. After a recovery period for Queally, the referee took a point from Henderson, telling Henderson that Queally was now “not the same fighter he was” before the foul.

Henderson remained in control by dictating the space and location of the fight, repeatedly closing distance to initiate clinches and force Queally to fight with his back to the cage or while down on one knee while Henderson dropped knees to the hamstring.

Henderson nearly closed the show in Round 4, again forcing Queally to the cage before landing a hard right elbow under the eye of Queally that sent the Irishman slumping to the canvas. While Queally was able to survive the flurry, it was another round in the bank for Henderson after five more minutes of dominance.

By the time the fight came to an end, Queally had not found an answer to the smothering attack of Henderson, who ended the fight with one more moment of flair, throwing a kick while lying on the canvas that connected cleanly to the side of Queally’s head.

At the conclusion of the fight, all three judges had identical scorecards of 49-45, the lone blemish for Henderson being the point deduction in the second round.

Speaking after the fight, Henderson made it clear that he still has one more title run in his sights as he called out the winner of the upcoming lightweight title fight between champion Patricky Pitbull and top contender Usman Nurmagomedov at Bellator 288 on Nov. 18.

In the co-main event, Yoel Romero won his second straight fight with a third-round knockout over Melvin Manhoef. The fight was a slow-paced affair, with Manhoef achieving little offensively before Romero managed a late takedown and unloaded with punches and elbows that put Manhoef to sleep. As he’d stated before the fight, Manhoef retired from the sport following the fight, symbolically leaving his gloves in the middle of the cage.

worldnews.vip - August 9, 2022
Get the best content from around the world in one site news, music fashion and entertainment.
Contact us: admin@worldnews.vip

The Governess, Anne Hegerty, on autism, quizzing and her challenges with...